Contraception tends to feel like a “side issue” for some pro-life advocates. But we do have a responsibility to address it because it plays a significant role in the supply and demand for abortion – in addition to causing a number of abortions itself. Learning about contraception will help guide your conversations about the earliest types of abortions as well as the reasons our some members of our culture have accepted abortion as “normal.”

What is the Pro-Life Stance on Contraception?

In the world of birth control, the area of focus for pro-lifers (separate from religious belief) is abortifacient v. non-abortifacient. Abortifacient means that a device/substance is capable of unnaturally ending the life of a preborn child. Because our mission is to abolish abortion, Students for Life of America does not take a stance on the morality of non-abortifacient contraceptives. But we are formally opposed to abortifacient varieties. Generally speaking, the following is a guide to birth control types:

According to the Centers for Disease Control (CDC), with typical use, 9% of women will get pregnant within the first year of taking the pill. This means that 9 out of 100 women still get pregnant even though they’re on birth control. When using a male condom with typical use, a whopping 19% of women report having gotten pregnant within the first year. (1) Not only that, but according to the Guttmacher Institute, 51% of U.S. abortion patients report using contraception the month they got pregnant. (2) This evidence contradicts the pro-abortion propaganda claiming that if women had better access to birth control, abortions would become unnecessary.

Contraception gives women a false sense of security, and condoms and birth control clearly can’t be relied on as fail-proof methods of stopping a pregnancy from occurring.

Birth Control Has Its Own Risks 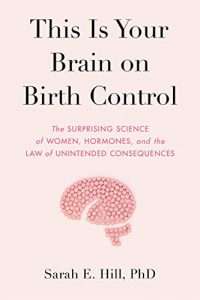 Oral and invasive methods of birth control, like implants, IUDs, patches, shots, and pills, come with their own complications. The most common form of hormonal contraception, the pill, has been categorized by the World Health Organization as a Group I carcinogen. That’s the highest possible ranking; cigarettes are also in Group I. (3) If a woman is in the smaller percentage of people who get pregnant with an IUD, there are high risks as these pregnancies are typically ectopic (implantation occurring outside of the uterus) and can be life-threatening. (4)

In addition to blood clots and strokes, chemical contraceptives have been proven to end the life of a preborn human mere hours or days after conception by thinning the uterine lining and making implantation more difficult. Life begins at conception. (5) So this capacity makes it morally wrong.

For an in-depth look into the effects of birth control on the female mind and body, read This Is Your Brain on Birth Control.

Planned Parenthood and county health departments have been giving out free condoms and birth control for years. Yet, the unplanned pregnancy, abortion, and STD rates in America have not fallen; actually, in the case of STDs, the rate has significantly increased. (6) Despite this evidence, the Obama Administration issued a ruling forcing all health insurance plans to cover birth control with no deductible.

What’s even more scary is that Planned Parenthood knows this. They actually rely on the failure of the contraception they provide to increase their abortion profits. In the mid-2000s, Planned Parenthood condoms were ranked some of the lowest-quality available.

Today’s OBGYNs hand out birth control like it’s candy. Or perhaps, more appropriately, like Band-Aids. Instead of putting time and effort into treating the conditions that ail women (like endometriosis, hormone imbalances, poly-cystic ovarian syndrome (PCOS), and other ailments), they just prescribe chemicals and send women on their way.

Pro-life OBGYN Dr. Stigen once said, “There is no such thing as a deficiency in birth control.” She is right. Doctors are using it as medicine, when the truth is, birth control is a drug that masks the symptoms but never actually addresses the problem. It’s a degrading disservice to women. That is why a group of doctors came up with NaPro Technology.

NaPro Technology investigates a woman’s gynecologic system to identify the problems and cooperate with the natural menstrual cycle to correct the condition and maintain her natural human ecology. (7) If your doctor tells you that you need birth control to regulate your cycle or help with abnormalities, reach out to a NaPro trained doctor and get a second opinion. There may be underlying issues that may only worsen over time, create issues when you’re ready to have a baby, or cause infertility.

“Most of my life, I’ve dealt with issues from severe cramping to irregular bleeding. Every time I went to the doctor, I was offered birth control as a solution to which I always declined for various reasons. My symptoms would come and go, but after things got really bad, I saw a pro-life OBGYN and NaPro trained doctor. The first question she asked was, ‘Have you ever taken birth control?’ to which, my answer was, ‘No’. She explained that the symptoms I was facing are often caused by years of taking birth control because of their high dose of estrogen, but I had never taken it in my life. I was actually dealing with a severe hormone imbalance. I’m so grateful for her. The other doctors simply offered a problematic pill that I would have been taking for the rest of my life. Thanks to her willingness to investigate the root of the issue, she was able to find the problem and help fix it naturally.”