Euthanasia and End of Life Issues

Although it is our top priority, Pro-Life Future is not only working to stop abortion in this country. We defend all innocent life from unnatural, systematic termination. Euthanasia is an increasingly urgent problem in the United States – now so more than ever.

Euthanasia is defined as the intentional ending of a person’s life, through direct action (called active euthanasia) or by omission (called passive euthanasia) usually motivated by a mercy for those in great pain or suffering from a terminal illness [1]. Though that doesn’t make it right.

Both euthanasia and abortion are based on a view of people that lacks dignity.  Pro-lifers view all life as precious, whether it is that of the elderly, the mentally ill, or the preborn. Pro-lifers recognize that life is an inalienable right regardless of state recognition. Those who call themselves “pro-choice” view life as not inherently valuable, but as a value given to a human being from a human source such as the government (quality of life, etc.).

Also known as “assisted suicide.” In such cases, the individual no longer wants to live and enlists the help of a medical professional in either killing them or allowing them to die (ceasing treatment, etc.). The most famous example of assisted suicide is that of Dr. Jack Kevorkian’s killing of 130 people, 5 of whom had no disease detected in autopsy [2]. Kevorkian served eight years in prison for second-degree murder. However, assisted suicide is now legal in 8 states plus the District of Columbia.

States where Assisted Suicide is Legal

You can find more information about state laws here.

Side Effects of Assisted Suicide Drugs

Assisted suicide not only takes life in an individual tragedy, but it also harms society.  It confuses the role of a doctor, and causes damage to our medical culture. Rather than having confidence that a doctor is there to treat and heal you, you may be worried that the doctor will encourage suicide instead. Medical personnel has been caught on multiple occasions in the last decade making their own decisions about whether a patient should live or die.

Plus, consider psychiatrists. These are medical professionals who treat people every day who have suicidal thinking and behavior. They should be trying to prevent their patients from killing themselves & treating the underlying condition, not encouraging their patients to kill themselves.

In Oregon, since 2008, medical systems offer people assisted suicide instead of chemotherapy. Assisted suicide is cheaper than years of cancer treatment. There have been many cases where insurance offers to pay for the suicide pills, but not for the life-saving treatment.

As involuntary mercy-killing is so obviously repugnant to most people, the most controversial form of euthanasia is non-voluntary—that is, when the individual is not able to give or deny consent. The most famous examples are the cases of Terri Schiavo and Charlie Gard. 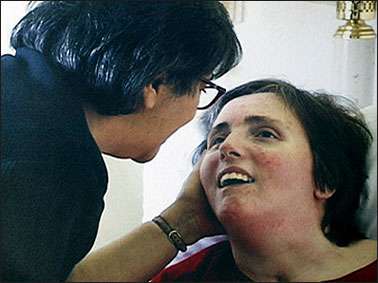 In 1990, at the age of 26, Terri Schindler Schiavo suffered a mysterious cardio-respiratory arrest. To this day, doctors have still not discovered a cause for this respiratory attack. She was diagnosed with hypoxic encephalopathy – neurological injury caused by lack of oxygen to the brain and she was placed on a ventilator.

Terri was soon able to breathe on her own and maintain vital function. She remained in a severely compromised neurological state (a persistent vegetative state [3]) and was provided a PEG tube to ensure the safe delivery of nourishment and hydration. Terri was kept alive by assisted feeding of food and water, the same things which keep us all alive [4].

In March of 2005, Terri’s family fought a court order her husband had filed to pull her feeding and hydration tubes and kill her. For thirteen days, her family with the pro-life community battled the courts in vain. On March 31, 2005, Terri Schindler Schiavo died of marked dehydration following more than thirteen days without nutrition or hydration under the order of Circuit Court Judge George W. Greer of the Pinellas-Pasco’s Sixth Judicial Court. Terri was 41.

Another example of forced euthanasia happened in June 2017, in London. A 10-month-old baby named Charlie Gard was diagnosed with a rare genetic disease and hospitalized. His doctors decided that the best thing for Charlie was “death with dignity.” Charlie’s parents obviously disagreed with the doctors and searched for a doctor who would treat their baby. They found a doctor in the U.S. who agreed to treat Charlie and set up a Go Fund Me account to finance it.

They raised enough money (1.6 million) for Charlie’s trip to the U.S. and his treatment. However, the doctors prevented Charlie from leaving the hospital, and told his parents that they were going to remove his life-support. His parents took it to the courts and the media, but after losing many court battles, the hospital switched off his life-support, and said there was nothing that the parents could do. The hospital even refused his parent’s last wish, to take Charlie home. Charlie’s mom, Connie said, ‘We promised our little boy every single day that we would take him home’. Mr. Gard added: ‘We want to give him a bath at home, put him in a cot which he has never slept in but we are now being denied that. We know what day our son is going to die but don’t get a say in how that will happen'[2]. Charlie passed away on July 28, 2017.

The United States is going down the same path. In Oregon, a law passed the senate that would make it legal to starve and dehydrate dementia and mentally-ill patients.

[1] Traditionally defined as an illness or condition that will cause a person’s death within a relatively short time. Some state courts are expanding the term to include a condition in which death will occur if treatment, including nutrition and hydration, is removed.

[3] A condition in which the upper portions of the brain are damaged through disease or injury, but the brain stem is normal. Basic body functions such as breathing and digestion occur, and the individual has sleep-wake cycles. But these patients are not attentive, do not speak or have voluntary muscle movement.

[4] Nutrition that is provided with the help of another. This may be spoon-feeding, through a gastrotomy tube, or through a tube into the vein.