Did You Know That Plan B...

Can cause early abortions?

Plan B is a form of emergency contraception, which is known to carry the risk of causing early abortions by making the uterus uninhabitable and dangerous for a preborn child. The FDA has acknowledged that Plan B is capable of preventing implantation, making it an abortifacient. (1)

Increases the risk of ectopic pregnancy? 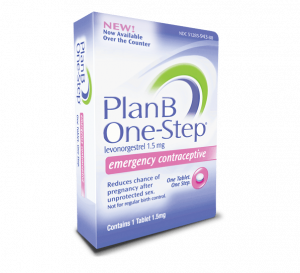 Ectopic pregnancy is life-threatening and occurs when a newly-conceived embryo implants somewhere other than the uterine lining (often, a Fallopian tube).

In 2003, the United Kingdom’s Department of Health (2) found this possible complication by observing the effects of Plan B after it was sold. In a group of 201 emergency contraception failures, they found twelve ectopic pregnancies, or a 6% rate. This is triple the current ectopic pregnancy rate in the UK and the United States, which is approximately 2%.

The regular side effects of Plan B are very similar to the symptoms of an ectopic pregnancy, meaning the drug both increases the risk and lowers the likelihood that a mother will detect the danger. In a study to see how well people understood the warnings on the label of Plan B, more than 20% of people did not understand the potentially fatal nature of severe abdominal pain that may occur after using Plan B. (3)

Finding an ectopic pregnancy as early as possible is crucial. Even small delays in diagnosis and treatment can lead to infertility and even death. If you have taken Plan B and think you may be experiencing symptoms of an ectopic pregnancy, see your doctor right away.

When Plan B is used as directed, it reduces the chances of pregnancy by 89% after a single act of unprotected sexual intercourse during the woman’s fertile window. (4) This means that the average failure rate for Plan B in preventing pregnancy is about 10%. According to Plan B One-Step’s® own website, about 7 out of every 8 women who took Plan B did not get pregnant after taking the drug – which means Plan B fails 12.5%. (5)

Is labeled as a Group 1 Carcinogen, the same cancer risk as cigarettes?

Plan B is a mega-dose of the birth control pill, which has been categorized by the World Health Organization as a Group I carcinogen. That’s the highest possible ranking. Substances in this group have the highest cancer risk — cigarettes and asbestos are also in Group I.

Plan B One-Step is made of a drug called Levonorgestrel, which is a strong progestin (artificial progesterone) that can increase the risk for breast cancer up to 44%. (6) In addition, below are other harmful side effects that may occur from oral forms of this drug.

Side Effects Caused by Plan B: (7)